Annika Wolfe will make their debut on Motech Records next month with Chiques Funk. The EP was inspired by Annika’s thirst for the late-night warehouse parties popular in Los Angeles. We spoke to them to find out more about the EP and the influences that inspired it.

Chiques Funk is driven with classic 808 and 909 percussion rhythms, followed with cold, funky, and quirky synths that modulate throughout.

First up, tell us about yourself - what first got you into music?
My name is Annika Wolfe, I’m an electronic artist from Oxnard (Chiques), CA, but I’m currently living it up in Los Angeles. There isn’t an exact moment where I can recall myself really getting into music, but it’s always been integral to my being. At a very young age, I was surrounded with a wide range of music, from punk, Funk, Jazz, Folk to West Coast Rap and New York Hip Hop.

I have a family lineage of musicians who have inspired me to study music in all shapes and forms. In a way, it’s always sort of felt like destiny to follow in their steps and try to take it a notch further. When I was younger, I spent a lot of time learning how to read and play guitar with both of my Grandfather’s (blood and step) as well as my Uncle. I really appreciate them all for having the patience enough to allow me to play with their fancy guitars and studio spaces. 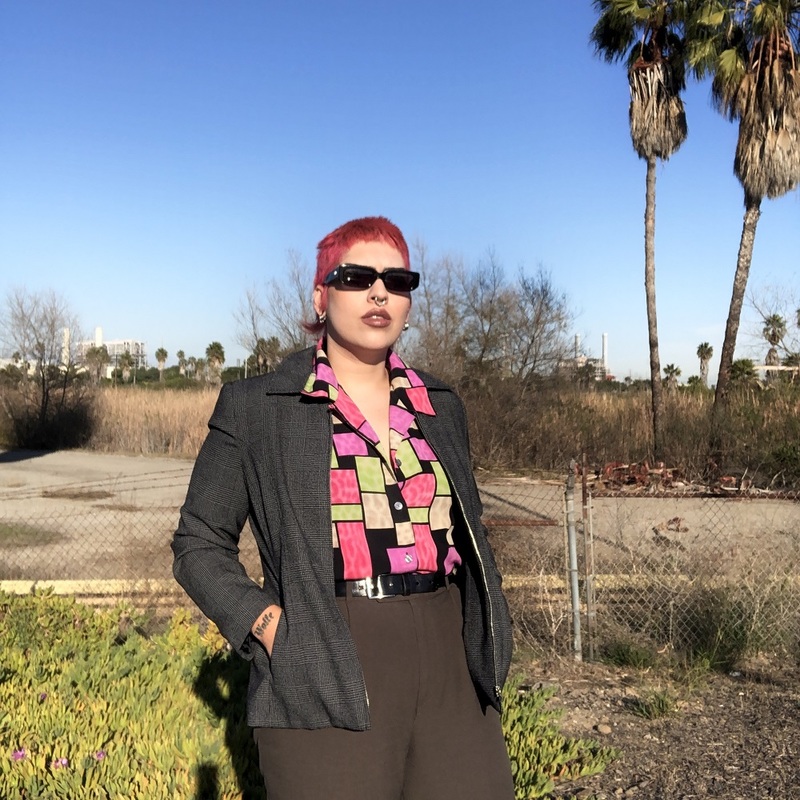 Were there any particular DJs, artists or even bands you took inspiration from?
I’ve been inspired by so many different artists over the years. I’m constantly shifting through different phases haha. I’ve always really loved just about anything that Jimmy Jam and Terry Lewis have touched. They’ve written so many timeless jams that I hold dear. I grew up listening to a lot of local punks from my hometown. We have a pretty fruitful scene named, ‘Nardcore’.

I’m also really inspired by Juan Atkins’ early work as Cybotron and the whole early Metroplex sound. Anyone who truly knows me, knows that I’m a complete Jimmy Edgar stan. Jimmy is someone I really look up to as an overall artist and individual. He is constantly pushing the envelope and evolving with all of his different aliases.

You’re based in LA (we’re based in London, btw). How’s the techno scene in LA been surviving during the pandemic?
Well, there are many different pockets within the LA techno scene. I’ve seen a lot of the local producers hitting the stu[dio] heavy with the extra down time. Some promoters are coming in hot with a vengeance, while a few others didn’t quite make it through the pandemic. Definitely bummed to hear about some cool spaces shutting down, but excited to see what post-pandemic night life has to offer. 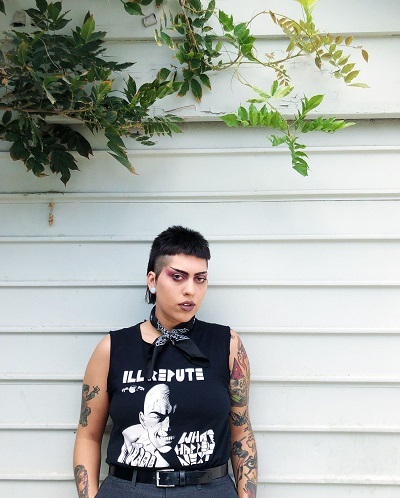 What have you been doing to keep yourself busy while touring is pretty much on hold?
When the quarantine first hit I was in the studio religiously for hours on end since I was not working. I was able to finish and release some work that had collected some dust. While that was fun for a few months, I wound up landing a full-time job, so that takes up a lot of my time now. I’ve been juggling both, day job and music career for a while now. I have been able to keep really busy.

You released on Truncate’s label WRKTRX in February. What response did the EP get?
Sheesh! The response has truly been so unreal. I’ve received some great responses from some artists who I look up to. It’s opened a lot of opportunities for me, which I am really thankful for. Truncate has inspired me over the years. To have had the opportunity to release my work on his label has been one of the most exciting things to happen in my career.

You’re now about to make your debut on Motech with Chiques Funk. What does that mean to you?
Franki (DJ 3000) reached out to me after receiving the “Bust” promo and asked if I would be interested in joining the Motech family. I mean, come on, to release with an artist who has literally worked with the best of the best and a member of Underground Resistance is crazy. It means a lot to know that my tunes were impressionable enough to have received an extended invitation. 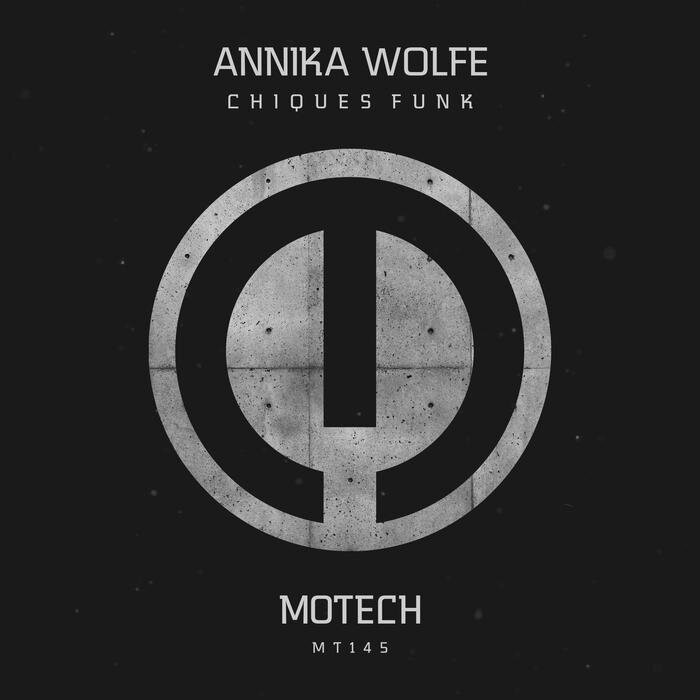 Where did you write and record the EP?
I wrote part of the EP at my previous residence in the KoreaTown area of Los Angeles as well as my new home in Long Beach.

How does Chiques Funk represent you?
My music is constantly changing as I am continuously learning. I wrote this record in a time where I experienced a lot of big changes and growth. I have tried to create what felt right at the time and what I would like to dance to when the world opened up again. The record is raw, funky and playful. It’s quite polished with a lil dirt sprinkled on top. I like to think that’s a reflection of how I carry myself.

Can you talk us through each track?
This EP was intentionally crafted for Motech Records after DJ 3000 extended an invitation to join the Motech family. This is my take on raw and jacking styled techno. The EP was inspired by my thirst for the late night warehouse parties we are accustomed to in Los Angeles.

Since the world has been cancelled for over a year, I wanted to live vicariously through these tunes. I tried to hone in the energy of a night out by serving three tracks with different moods. The EP is driven with classic 808, and 909 percussion rhythms, followed with cold, funky and quirky synths that modulate throughout.

What are your hopes for ‘Chiques Funk’?
My hope is to get people moving on the dancefloor. 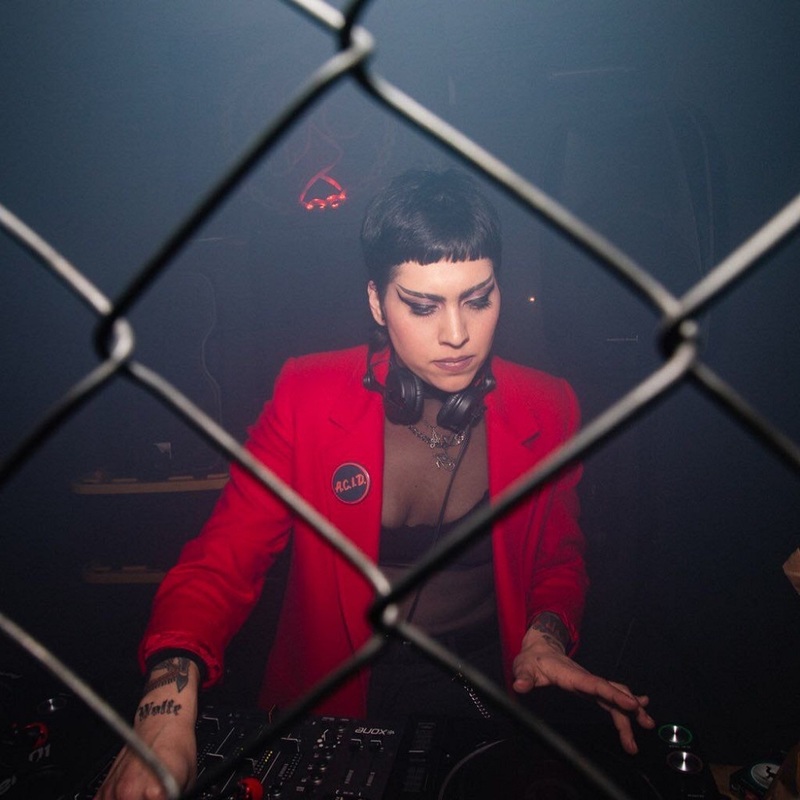 Finally, if you could go back in time and give yourself one piece of advice, when would it be and what would you say?
In the past, I have felt like I have missed many opportunities to perform or share my original music because I didn’t fit into a “marketable package.” Upon making healthier lifestyle changes and losing a significant amount of weight, people began to take more interest in me. While it’s always been about me putting in the work to create, learn and finding a sound that felt raw and true to myself… I often contemplate whether I would be receiving the same amount of recognition if I had not lost that weight.

In the U.S. among many other places, sex sells. I think about how many artists and creatives never have the opportunity to share their art/work simply based on appearance. The piece of advice I’d give to myself, as well many as others who have felt the struggle to feel seen, would be to show yourself tenderness and compassion. Your body is a temporary vessel.