Tel Aviv band BĘÃTFÓØT is the brainchild of Red Axes’ founder and drummer, DJ, and producer Udi Naor. Their self-titled debut album is out now on DJ Tennis’ Life and Death label. We caught up with Udi to learn more.

I always say BĘÃTFÓØT sounds like the Prodigy meets Spice Girls on crack. Or if Aqua and Aphex Twin made a baby together on acid, and Beastie Boys are the godfathers.

Tell us a bit about yourselves - who makes up BĘÃTFÓØT, and what were you doing before making music together?
Well I guess BĘÃTFÓØT, started as me (Udi Naor) alone on my computer fooling around. I started making these weird sketches that were becoming this thing. I also knew I wanted a band and Nimshi (our guitarist) is like my musical soulmate so it was obvious that when this became a real thing and I started working on planning our live shows that I would call him. Actually Nimshi and I have being playing as together as a rhythm section for various bands in the local Tel-Aviv scene (Udi on the drums and Nimshi on the bass). 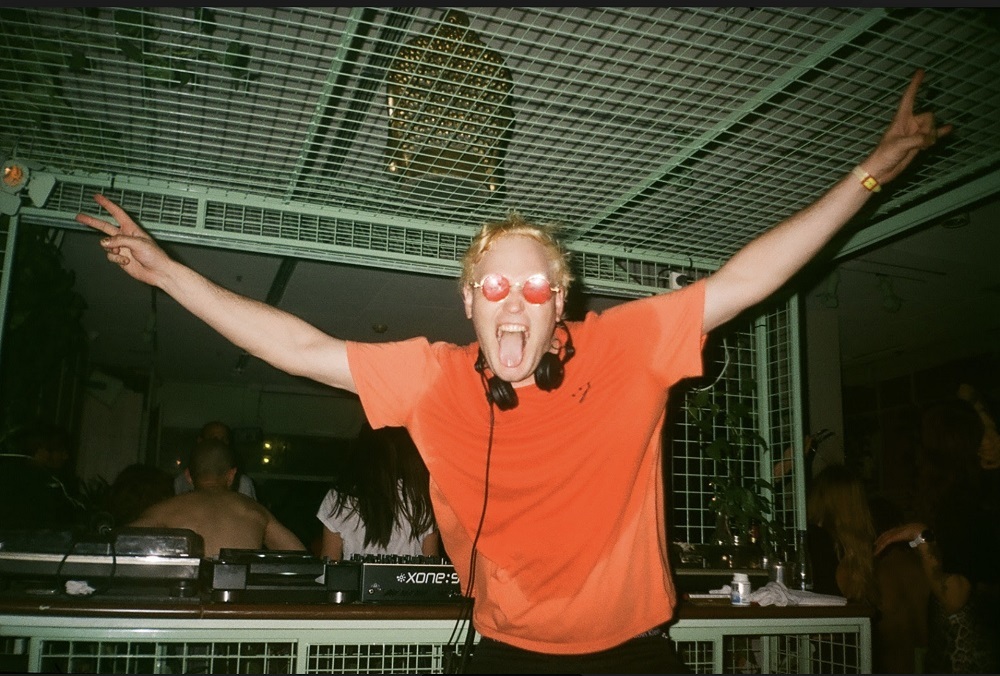 We’ve been playing a lot together and just talking a lot about music from post punk to dance, house and hyper pop. We share a very similar taste in music and movies and culture in general. We’re also gear fanatics. We like watching tutorials about electronic music and modular synths and crazy outdated gear and new ways to route midi to hardware and stuff like that. We’re super nerdy in that sense.

So ever since we started playing together in other projects, I (Udi) always shared my dream with Nimshi to make my own thing and have it be this over the top ridiculous extreme project that aims to fight boredom and musical genre’istical cliches. So when I started working on the live version of BĘÃTFÓØT, It only made sense to have with my mate there.

About the same time we started working on the band, I met Adi at Garzen festival (Red Axes’s label) playing with her punk band Deaf Chonky and I was mind blown by her energy and presence. I remember feeling like someone opened a trillion kilowatt projector and just slammed it on my face. I felt like I was just hit with a bulldozer that was riding an even bigger bulldozer haha. Up until then I was the one mostly singing in the band but I knew then that this is what the band is missing.

Adi is really like the best front person you can imagine, on the one hand captivating with her gigantic charisma like she’s preaching the new gospel to junkies, but also camp and funny and armed with super witty lyrics.

Who do you take inspiration from?
I think the attitude is kind of post punk meets pop stars meets rave culture. The electronic rave vibe is influenced by 90s bands like The Prodigy and Chemical brothers but the mixture of camp and fun attitude with our musical approach is also influenced by the music and videos of bands like Fatboy Slim, The Beastie Boys and especially Aqua - mixed with club music reminiscent of Nu-Rave and indie electroclash of the 2000’s. Bands like LCD Soundsystem, Simian Mobile Disco, Justice etc. One can also find some influences from MIA and B-52s.

In hindsight, looking at the songs once they’re complete, I also seem to find more and more influences from random non-music oriented esoteric sources like old tv shows and commercials I used to watch when I was a kid, and a lot of 90s aesthetics, and catch phrases from shows like Power Rangers, or Mortal Kombat or even modern series like RuPual’s Drag Race that somehow keep finding their way through the cracks into the music itself. Like a virus. 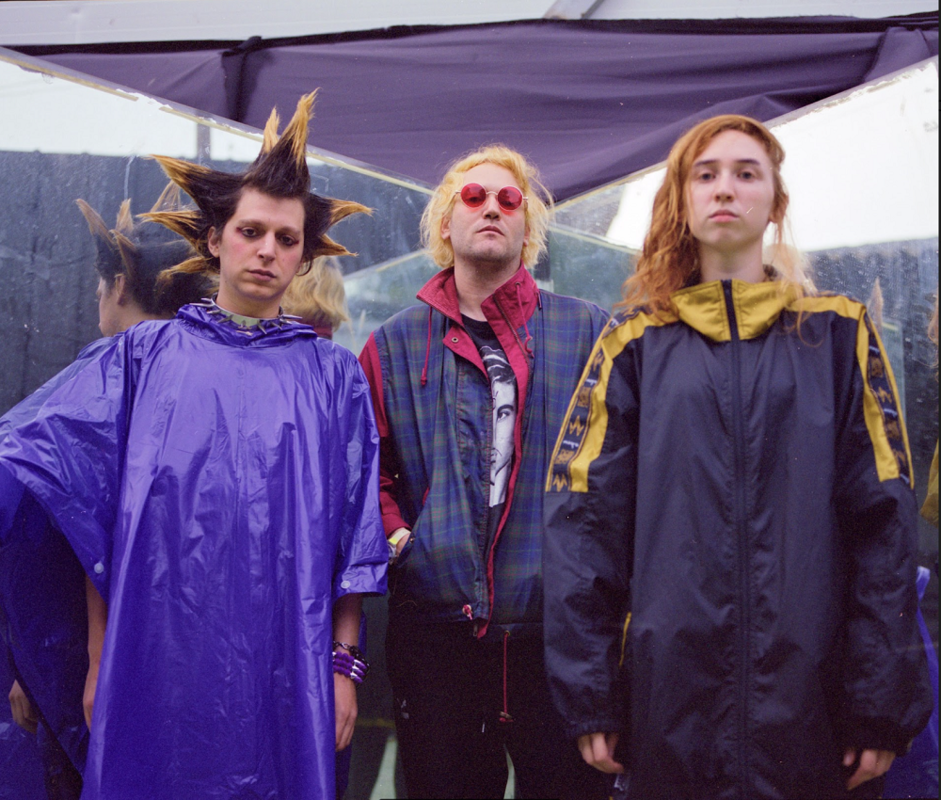 How would you describe your musical style?
That’s a great question, I always say it sounds like the Prodigy meets Spice Girls on crack. Or if Aqua and Aphex twin made a baby together on acid, and beastie boys are the godfathers So it’s kind of built on this popish silly and happy 90’s dynasty but also this hard dancy electronic rave kind of vibe. What more can a girl ask for?

Why ‘BĘÃTFÓØT’?
When Dori, Niv and I started Red Axes together in Amsterdam in 2007, we were transitioning from our rock group (Red Cotton) to a more electronic based set up, so one of the things I needed to crack was how do I switch from jammin live with an acoustic kick to an electronic kick.

I was 19 at the time and didn’t know much about synths and drum machines but I did have an old electronic drum pad so I placed it on the floor and stomped on it with my foot. It was very primitive, very barbaric, very physical and very silly and I’m a very big guy in dimensions so I guess it looked very ape-like - so Niv’s brother called me Beatfoot, simply because I was playing the beat with my foot and I’m kind of a bigfoot. In retrospect I think being physical and silly and barbaric are great qualities for a band :)

If you could collaborate with any living artist, who would you love to work with?
Rupaul, Roisin Murphy, Boys Noize, Grimes, Diplo, James Murphy, and Dani Miller from Surfbort.

Tell us about your self-titled album, BĘÃTFÓØT. What’s it about?
I guess it’s a kind of prayer of what we want to have in our world that is missing for us. Perhaps a permission to feel wild and spazz out and have fun and be silly and dance weirdly and intensely. 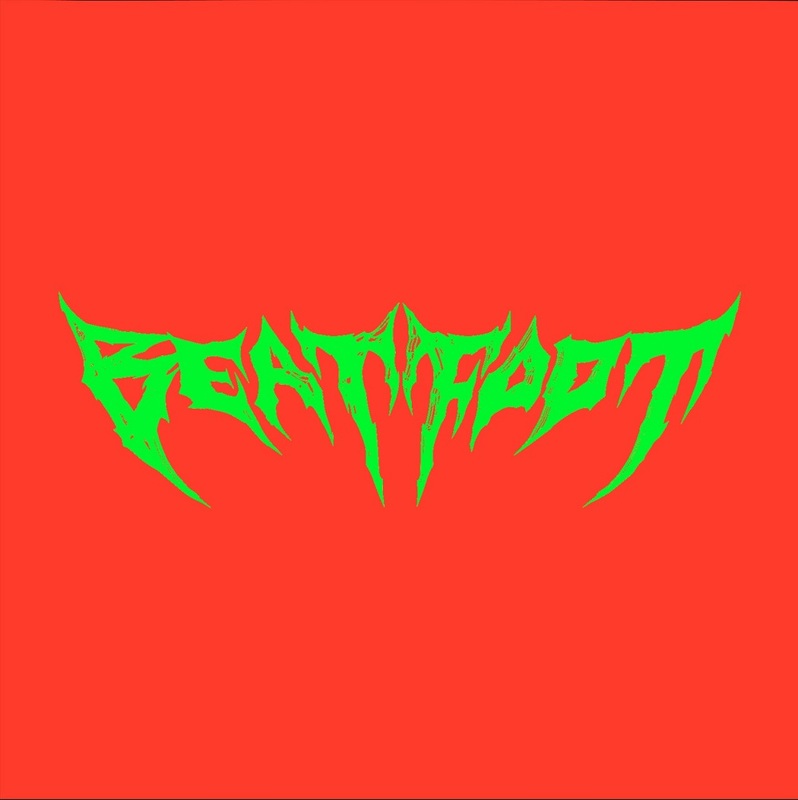 Sound-wise the album was written with the intention of what we would like to be playing in festivals and big stages - like this intense big beat ecstasy concert with a focus on lyrics and Hip-Hop MC culture. The lyrics themselves are more driven from Adi’s pov and motifs which are usually political, or environmental or from her difficulties with menstruating and being an agent of her own universe without having to be defined as breaking the status quo of being a unique powerful woman.

When did you write it and where did you record it?
It was the year before COVID hit I started making some tracks on tour buses and planes with the intention of creating music that we will want to perform live on big stages. And then the pandemic hit so we used to the time to finalize the album in my studio in Tel-aviv and then had it mixed by Dori Sadovnik (from Red Axes).

BĘÃTFÓØT is being released on Life & Death run by DJ Tennis. How did this come about?
I know Manfredi (DJ Tennis) through Dori and Niv - my dear friends in Red Axes. When Dori was working with me on the album he thought Manfredi might like it so we sent it to him and his response was so overwhelming, he was so excited and supportive from the get go which blew such a big wind in our sails.

What are your hopes for the album?
This album and actually the entire manifest of the project is like a lighthouse or a call for all who are looking to perpetuate this idea of making crazy and fun music that is not super serious. I want it to keep reaching all the people who might find value in it - either through the sound or energy or the lyrics and production, or just through the attitude in general of just making music and not being too dramatic about it I guess.

I think for me and the band this album is just the beginning - it was course and workshop of learning how to operate as a band, how to write together in the way we want and how to produce and mix the music better so it will sound good and I think we’re getting better and better and so I really am looking forward to our next stuff! 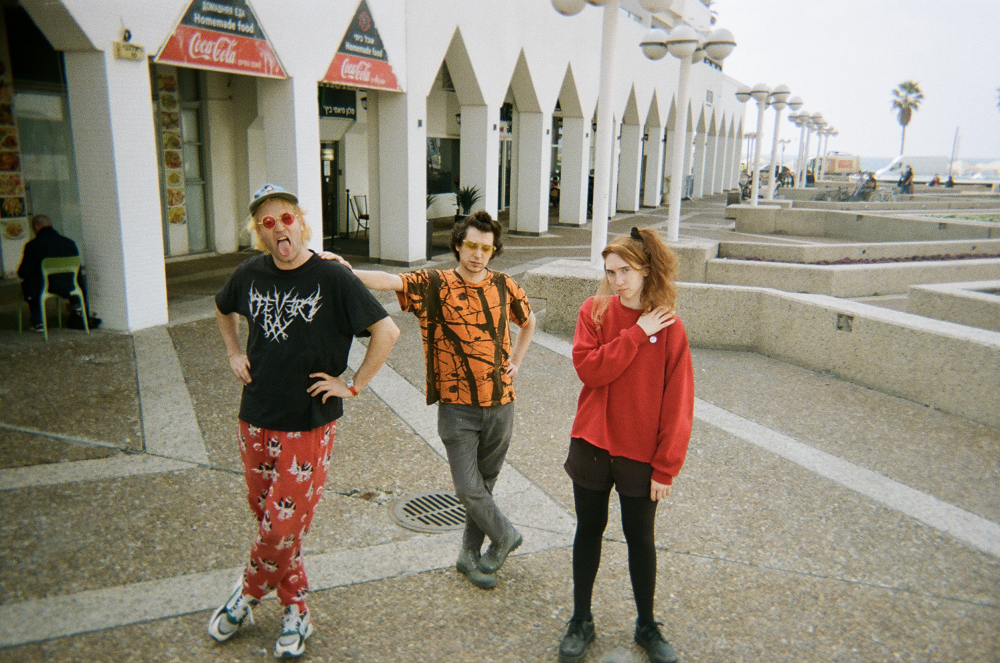 How’s the rest of 2021 shaping up for you?
I think all we are interested in right now is touring the live show and making more music. I also want to make a proper club track album so I can DJ much more original content at our parties.

I think ideally we could have a BĘÃTFÓØT party where the band plays live and I DJ or the other way around. That would be a dream.

Finally, if you could go back in time and give yourselves one piece of advice, when would it be and what would you say?
Invest in bitcoin?