The Detroit Grand PuBahs (Paris The Black Fu and The Mysterious Mr O) are restarting their Engineroom imprint with a series of reissues and reimaginings, plus new material. A remastered version of 2008’s ‘Thanks For Coming’ later this month will be followed by one of ‘I Don’t Want To Party’ in July and a fresh EP after the summer.

We caught up with the pair to find out more.

Happy days of touring and performing DJ and live sets all over the world, which seems like a distant memory now.

You’ve been on hiatus for the last four years. What have you been doing during that time?
Paris The Black FU: Well, I moved to the US from Switzerland. Landed in Portland (OR) then went to Las Vegas (NV) then went back to Michigan, then moved again to an undisclosed location, and moved two more times since arriving. I guess you can say I’ve been moving around… a lot! And really trying to figure out what it was I really wanted to do with the projects I have in mind.

Mysterious Mr O: I haven’t been quite as well travelled. I started a stone collection which went so well I built a new house. 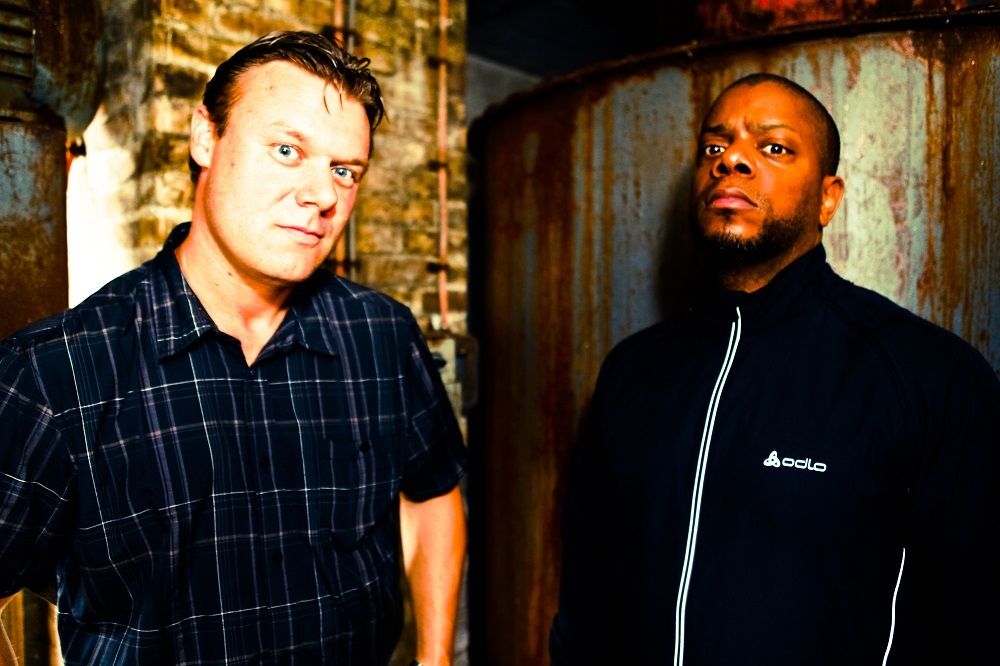 Your first “comeback” EP is a remastered version of 2008’s ‘Thanks For Coming’. It’s now 12 years since that release, what memories does it bring back?
Paris The Black FU: I’m excited to be re-releasing music as the PuBahs again. Memories of learning and trying to figure out the gear/equipment I had. It was strange to do everything on my own without a real knowledge as to what I was doing, but I had a great time making tracks.

Mysterious Mr O: It was a good time with the Detelefunk label going well. ‘Thanks for Coming’ was the return of the elusive Dr Bootygrabber. It was the same year we released the Nuttin Butt Funk album. Happy days of touring and performing DJ and live sets all over the world, which seems like a distant memory now.

How did the Techmarine Bottom Feeders get involved for the new remix?
Paris The Black FU: I had known Luxus Varta for a while, we would exchange music all the time, I gave him an album. One day he sent me a loop he had taken from ‘Thanks For Coming’ and I thought it was dope! I took it and added some parts, mixed it and since he and I are working together on the TBF project, we decided to use it.

Mysterious Mr O: The Techmarine Bottom Feeders has just had their debut album so it made sense to have Paris’ side project incorporated into the relaunch of the label to bring things together. 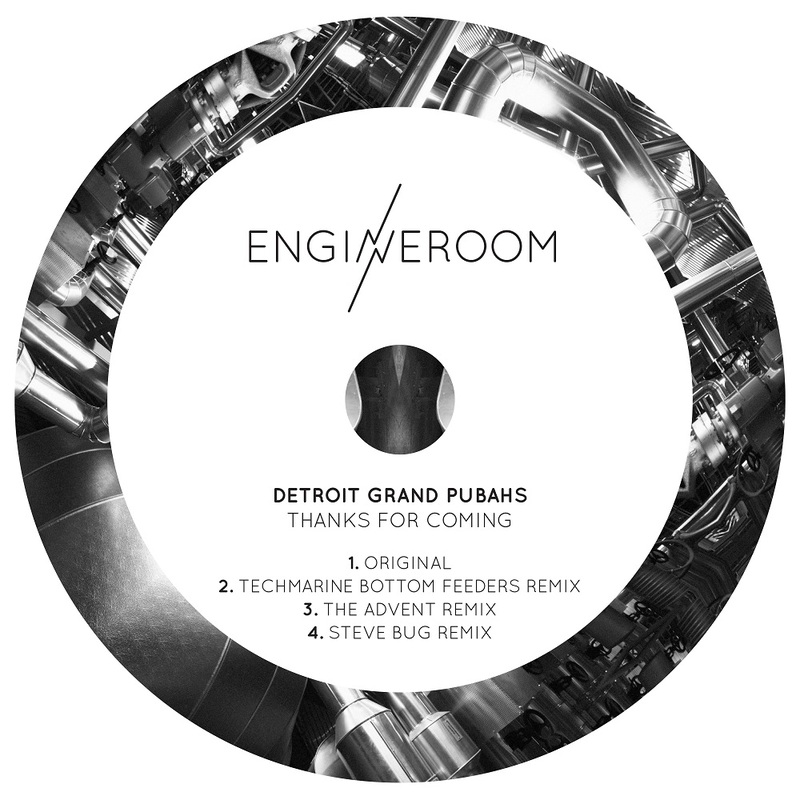 ‘Thanks For Coming’ will be followed by a remaster of ‘I Don’t Want To Party’. How did the LAD remix come about?
Paris The Black FU: LAD and I knew each other well and had tried working together on another project. I asked if he’d mind doing a remix and he agreed.

How do you look back on Madd Circus?
Paris The Black FU: I have to be honest with you, I haven’t really given much thought to anything I’ve done in the past. It was a time of trial and error for me and I was just trying to stay afloat with the DGP project as a whole. But since you’ve asked, I know I could have done better. I think the ideas on the album are good but could have been a lot better had I taken the time to develop the tracks and the concept a bit more.

Mysterious Mr O: There were a lot of collaborations going on around that time, so a lot of input was coming in from many angles. But it marks a period of time which I wouldn’t change, we keep learning and developing, it’s an ongoing project.

After the summer we get to hear a brand new EP. What can we expect from that in terms of style?
Paris The Black FU: Techno! Electro! I love them both, so the next EP will be to show this.

What are your hopes for the EP?
Paris The Black FU: I really hope people will listen and hear the difference from the older tracks and the new ones. 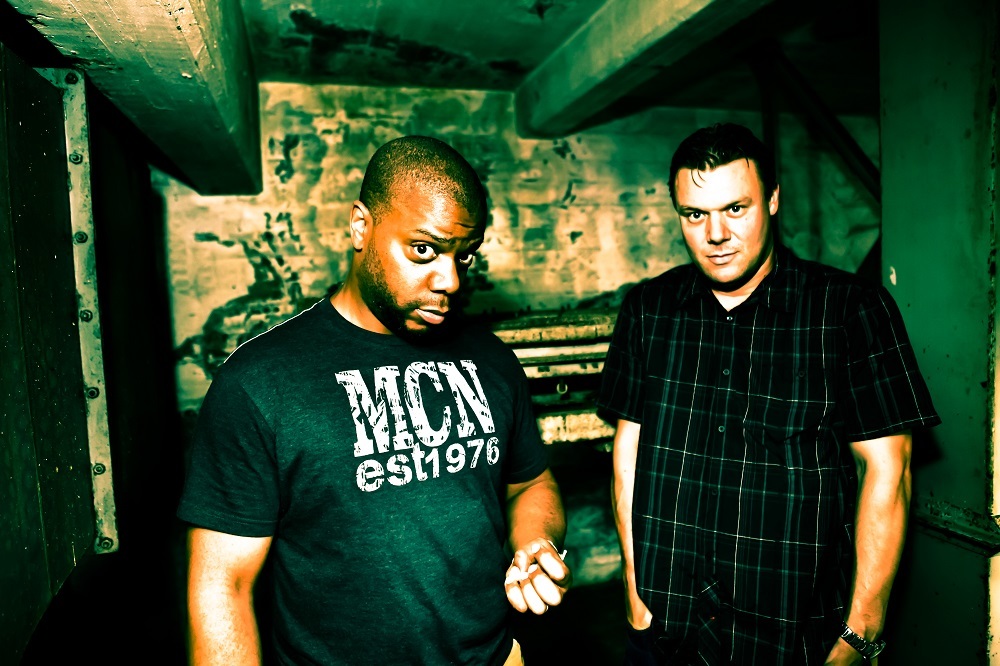 What impact has COVID-19 had on your 2020 from a musical and personal perspective?
Paris The Black FU: Not much really. I don’t get out much in the first place, I work at home, my friends live in other cities around the globe, as do the people I work/collaborate with so, nothing’s changed from the musical standpoint.

Personally, the impact has been a bit hard. I lost two family members on the same day, then the news of Mike Huckaby was hard to take.

Mysterious Mr O: Initially I was enjoying the slower pace of life and the unusual concept of a lockdown. Booze was fully stocked in the house and I was enjoying having the extra time to do things at home and work more in the studio. Now I’m totally done with it, the negativity impacting people and businesses has brought in a dark cloud.

I just hope change is brought about and there is some silver lining to all this.

Can we expect any more music beyond the EP this year?
Paris The Black FU: Absolutely! I’ve been working with my partner Mr. O, Luxus Varta, and The Exaltics on different projects so there’s plenty of music coming out.

Mysterious Mr O: As mentioned above, due to the lockdown I have had more time to get into the studio so have been working on lots of music with Paris, plus some collabs with Robert Owens, Dany Rodriguez and Ben Long which will come out in the very near future.

As well as your own comeback, you’re also restarting your Engineroom label. Will the label continue to focus on Detroit Grand Pubah material?
Paris The Black FU: Yes, the label will focus on DGP material but it will also present other projects as well.

Mysterious Mr O: Engineroom will be all about techno and electro. We also plan to restart Detelefunk, but this time for more funk orientated music.

If you could sign any artist to Engineroom to release their own music, or simply to do a collaboration with them, who would you choose and why?
Paris The Black FU: Truthfully, I don’t know of too many people other than those I’ve worked with already like The Advent - classic, banging techno and electro pioneer. Always dope!

The Exaltics - the pace at which he works is insane! We work well together and the ideas are always on point! I’d really like to work with Aux 88 or do something with DJ Bone but we haven’t been in touch for years. We’ll see what the future holds.

Mysterious Mr O: At this point we are focusing on our own music, but who knows what will come in the future. I have a huge list of people I would like to work with, but especially like to work again with some musicians such as Anni Hogan (pianist who has been releasing music on Regis’s Downwards label), Feathericci (drummer from the band D-Numbers), Mitch Marcus (aka Lalin), who featured on several PuBahs tracks in the past, and of course Domgue who toured with us and performed on many PuBahs tracks.

Besides that, Chick Corea would be pretty cool, he hasn’t returned any of my messages yet though :(

Listen to ‘Thanks for Coming’ on YouTube below. For the latest, visit the Detroit Grand PuBahs Facebook page.