Experimental slide guitarist Geiger von Müller released his debut album, Teddy Zer & The Kwands, digitally in December with a CD follow up this month. He’s collaborated with experimental artist Xqui and singles ‘Blue Moon Frequency’ #1 to #3 have a strong visual identity. We caught up with Geiger to find out more.

I just strum a guitar, see what comes out of it. Just trying to see what can be done with an acoustic guitar. It’s like an experiment, using some loud distortion here and there and so on.

First up, tell us bit about yourself - what first got you into music?
The sound of guitars.

Were there any particular bands or artists you took inspiration from?
This is an infinite list so I’d just use this space to advertise a favourite of mine who’s not too widely known, Mississippi John Hurt. His 1930’s recordings - 13 songs in total - are such pristine sound quality, songwriting, recording and playing, everything, it makes you think. He went back to live a slave-worker’s life afterwards but recorded a bit more in old age and then had some recognition before he died, luckily.

How would you describe your musical style?
I don’t really like genre-categorisation. It gets people stuck in mental comfort zones and they lose curiosity. For all I care, I just strum a guitar, see what comes out of it. Just trying to see what can be done with an acoustic guitar. It’s like an experiment, using some loud distortion here and there and so on.

I think the result is kind of introspective. A polar opposite of party music I guess, more like a companion type of thing. Like, listen to it with headphones, on your own, switch the light off, you know.

Tell us about your album Teddy Zer & The Kwands. What’s it about, what are its themes?
There’s a strong visual element, the soundtrack-like aspect of the tunes makes this a perfect match. The visuals are full of themes, and I guess I wanted to convey some sort of message there. It’s kind of dystopian, retrofuturistic, quite gloomy in mood. It’s about dark structures in society, past, present, the way they form and how they collapse. 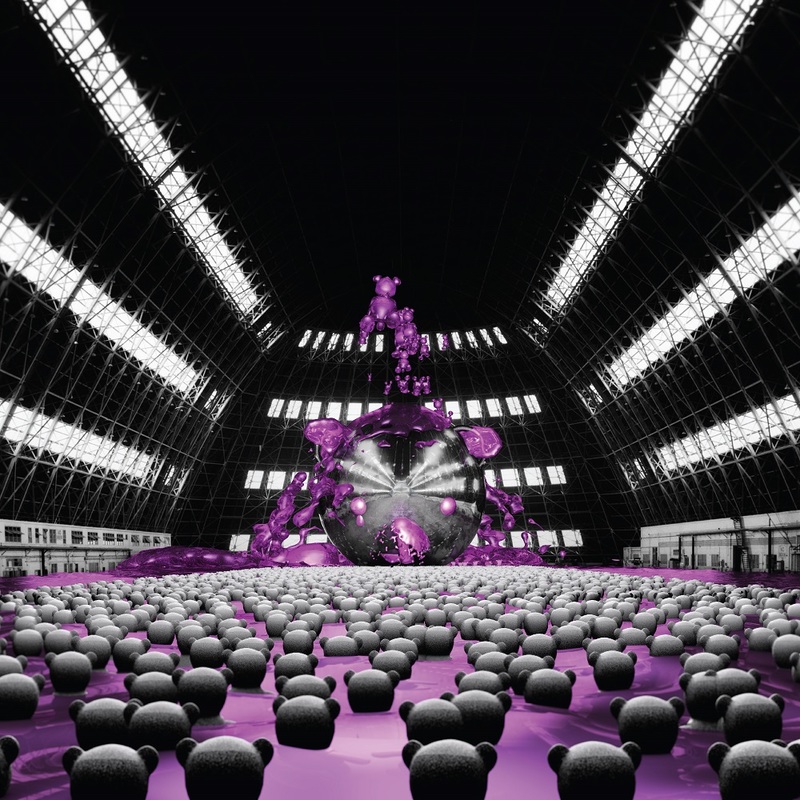 You could say it’s quite political in a way. Also, I think, passing judgement on technology to some extent. Although that’s a bit ironic, as the imagery is pretty high tech sort of cgi 3D, sci-fi, what have you.

When did you write it and where did you record it?
The process goes back a couple of years, recorded in London, it’s part of a bigger batch of material some of which is still to be worked on. In various stages of progress, I mean.

How does Teddy Zer & The Kwands build on your style?
It’s a debut album for Mr G von M so I guess, it’s more like a starting point. But I can say that I’ve gained loads in terms of a deeper understanding of the instrument itself. And the ways it can sound on a recording.

You worked with Xqui, what did they bring to your music?
Xqui…enigmatic, people don’t even know how to pronounce it. And there are these spooky noises all around. You don’t know what it is, or what it is about, and that’s the main thing about it. We worked on a track called Cypriot (reverse logic #1), it’s just been released on Xqui’s ace new album Capitulate. I think it’s a really healthy move. Even if the noise-people will say, hey what’s that acoustic guitar, and the acoustic-people will say, hey what’s that freaky noise.

Can you talk us through each song?
Well, there’s all sorts on my album in terms of style, duration. It’s more like a spectrum, some bits improvised, some bits spacey, some bits dry. Just the sound of the guitar on its own. It does have a structure though, an overall trajectory kind of thing, musically, as it progresses from beginning to end. Track titles reflect this to some extent. But I couldn’t dissect it into individual songs for analysis. And also, it might mean something different for each person, and I think that’s great and I wouldn’t wish to interfere.

The singles ‘Blue Moon Frequency’ #1 to #3, were released last year as a music video trilogy. What response did they get?
The singles, yes, I had surprisingly good feedback out of the blue, from various specialist leftfield music blogs and radio shows. And then I came across a lot of really good new music, only by keeping track of these appearances. So I view it as kind of an organic process, quite elevating actually. Kind of like, you feel you’re in good company.

What are your hopes for Teddy Zer & The Kwands?
Well, hard to say anything specific. But in general, maybe reaching a niche, perceptive audience who enjoy listening to solo instruments, as has been common down the centuries.

What can you tell us about your plans for the rest of 2019?
To finish recording work still ahead. Producing and releasing new stuff certainly. I consider it my primary role on Planet Earth right now to deliver these. Further collaborations in the pipeline as well. And a new video is coming soon.

Listen to more music from Geiger below. For news and tour dates go to geigervonmuller.com.