When we last spoke to Geiger von Müller, the experimental slide guitarist had just released his debut album, Teddy Zer & The Kwands. Now he’s returned with Ruby Red Run! so we caught up with him to find out more about it, and his reflections on the current global crisis.

I like keeping an eye out for any audio-visual possibilities, which tend to end up kind of interstellar, kind of surreal.

How’s 2020 looking in what’s becoming a crazy year?
Thank you for asking that and this is a very important question. Obviously there will be hard hit sectors, culture and the arts definitely up there. Seeing as culture and the arts have already been increasingly marginalized decade after decade, this year will probably look real crazy, like you’re saying.

What impact do you think the current situation will have for the creative industries?
Some entertainment projects will surely do well even in 2020. But I’d be more concerned about those who are producing more real music, or other real art, mostly from the margins. Mind you, concerned financially only because spiritually you’ll get to a much better place if you are self-expressive, as opposed to just targeting market gaps. So that side of the equation shall be all fine. A crisis like this might even help global creativity, who knows.

Can you explain a little more?
For instance, not sure what kids will be doing with their time, no school, no parties and all. A bit harsh on them, unfair I gotta say. Anyhow, hopefully lots of them will learn to play instruments very well in this new situation. When I was a kid, I would have felt quite lucky, probably, with all the time to practice away at home like this. 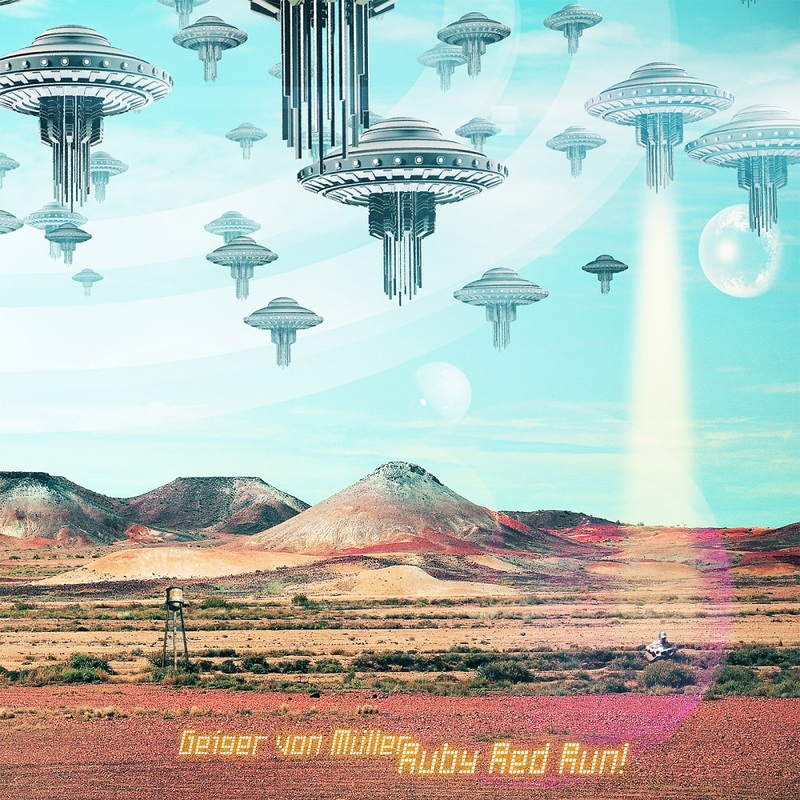 Tell us about your new album Ruby Red Run!.
Well, I was rather wrapped up working on it a year ago. It’s kind of a conceptual sequel to my debut album Teddy Zer & The Kwnads I think. It’s quite self-expressive, I hope, haha:)

What’s it about?
Difficult to speak about the tunes because the sound of music is the language itself and it best describes itself. Words are empty in comparison. In any case, I guess I’m just modestly trying to show how to play an acoustic guitar. Nothing too special. Meanwhile I also like keeping an eye out for any audio-visual possibilities, which tend to end up kind of interstellar, kind of surreal.

How does ‘Ruby Red Run!’ represent your style?
I guess it comes across as a mixture of styles. Think it’s quite organic. Existing ideas develop further pretty much on their own, it’s a pretty natural process. And actually, it continues even beyond, right now I’m working on stuff for the next album. I don’t deliberately aim for this or that.

Originally I thought it was quite bluesy, obviously due to the slide guitar. And then I was told it’s quite experimental too. I’m fine with that. As long as it has the world famous neo-cubist, semi-deconstructionist blues feel to it, I mustn’t complain.

Were there any particular bands or artists you took inspiration from?
Too many to name obviously. Can I here just highlight something outside of the box, say, the sound of a harp, say baroque music on a harp, or two harps, wow! You’ll never get closer to the sound of heaven on earth I guarantee you.

If you could collaborate with any living artist, who would it be?
I’ve got a few collaborations in the pipeline so this doesn’t even need to be conditional. Good old habits die hard so I will have another track or two coproduced with renowned UK noise artist extraordinaire Xqui. Also looking forward to working with Pelso from London and EJK from New Orleans, to name but a few.

Finally, if you could go back in time and give yourself one piece of advice, when would it be and what would you say?
Only one? Ahh. Haha. I don’t really believe in that sort of time-travel-fancy. But, back to the interstellar perspective, just imagine, there are eleven space dimensions. We can only sense three. Whereas, at least one of the other eight dimensions does facilitate time travel; except, it’s for some sort of anti-matter nano-particles, or whatever, not for large size mammals. And meanwhile there’s a multiverse with an infinite number of other universes, about which we don’t know details.

Any one of those universes could already have me in it, already following the advice I would give myself in time-travel. So there’s no need to go back in time in our own universe. I think that’s reassuring to know.

Listen to Run Red Run! on Bandcamp below. For more, go to geigervonmuller.com.