Her Skin has just released new single ‘Heavy Hearted’ in the UK, the second single from her forthcoming album I Started A Garden. Originally from Modena in Italy, Her Skin is 25-year-old singer songwriter Sara Ammendolia. We caught up with her to find out more about her music.

I hope that everyone who will listen to [I Started a Garden] will have the opportunity to feel less alone in what they’re going through. 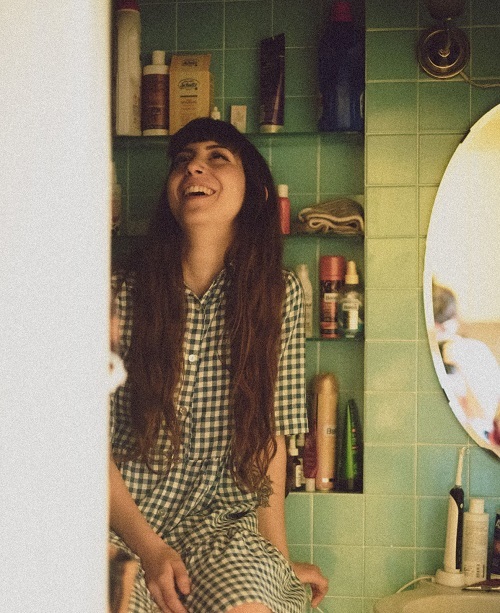 First up, tell us about yourself - what got you into music?
My dad is a musician, so that helped for sure. But I remember being passionate about music and having a lot of records and constantly listening to new artists my entire childhood.

Were there any particular bands or artists you took inspiration from?
Yes, there are so many! Sibylle Baier, Vashti Bunyan, Mac DeMarco, Beirut, Joni Mitchell, Jay Malinowski, the Kinks, the Head and the Heart…

If you could collaborate with any living artist, who would it be?
Definitely Phoebe Bridgers! I am obsessed with her and her music.

Tell us about your most recent single ‘Heavy Hearted’. What’s it about?
Heavy hearted is a song about trying to move on from someone and knowing you haven’t really moved on from them. It’s about being ghosted and still wishing them happy birthday, about saying you’d never call them again but still constantly checking your phone, about meeting them at a party with their new crush and pretending everything is ok.

When did you write it and where did you record it?
It’s one of the first songs that I wrote for this new album. I wrote it four years ago after a breakup with someone I wasn’t even officially going out with. I was 21 and very upset. Then me and Luca Bonfiglioli (producer/engineer) recorded it a year ago in his studio (his basement), which is also where we recorded the entire album.

How does ‘Heavy Hearted’ represent you?
‘Heavy Hearted’ is not just a break-up song, it’s also a song about feeling lost and alone in your 20s so in that way it represents me. It’s a song that really has two souls: the lyrics are very sad and angry but the melody is energetic and happy. And it’s also in three quarters, so it’s a waltz kind of melody, which doesn’t really go with the lyrics. I love that.

Your album I Started a Garden is coming later this year. What should we expect to hear on that?
It’s an album I love immensely because I really put myself in it 100% for the first time. You’ll hear a few break-up songs like heavy hearted as well as some very personal and intimate songs about not having it all figured out yet. It’s basically an album about things that I learned in the past four years.

What are your hopes for I Started a Garden?
I hope that someone can find comfort in it, I hope that everyone who will listen to the album will have the opportunity to feel less alone in what they’re going through. I hope that they can dance as well as cry to it. 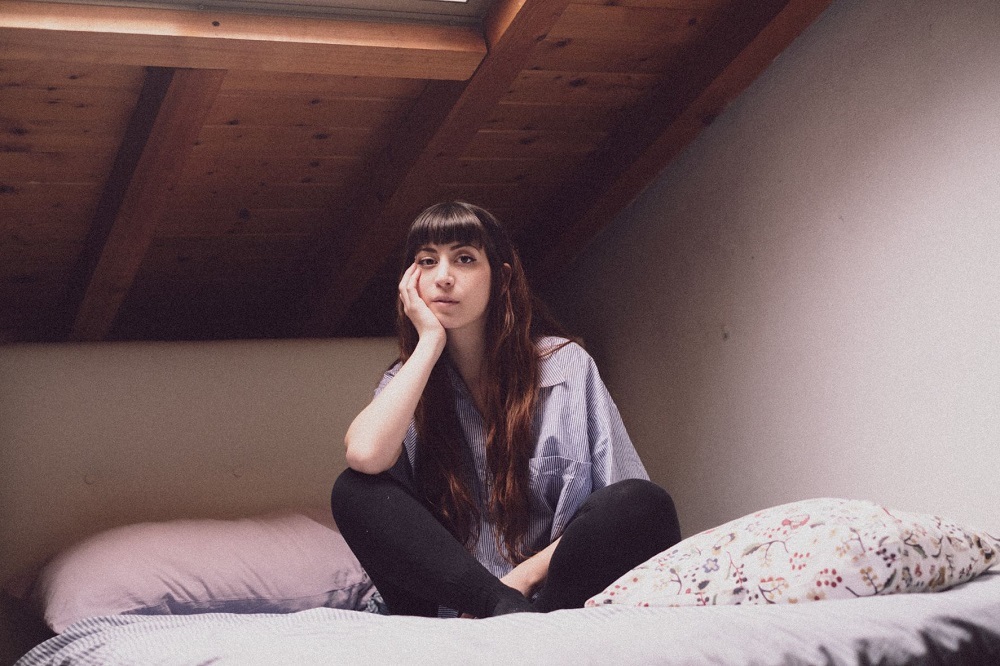 You’re playing the Great Escape Brighton this year. What does that mean to you?
It means so much, it’s such a great festival. I’ve been wanting to go since 2018 and I am so so happy I finally managed to, and as an artist! I still can’t believe it!

You’re also playing at Bertie Blossoms in Portobello Road, London on May 17th. What can we expect from your live sets?
This show will be an acoustic show so you can expect a soft, intimate, and melancholic version of my songs. Just voice and guitar. Most of my shows are with a band now though, so you can expect a lot of dancing I promise!

Finally, if you could go back in time and give yourself one piece of advice, when would it be and what would you say?
I’m not sure because I’m really proud of what I have accomplished until now. But probably if I could back in time, I would re-record my first album and give it a little bit more credit. I didn’t think much of it when I recorded it in 2017.

Her Skin plays The Great Escape Brighton on Saturday, May 14th at Unitarian Church. She then heads to London’s Bertie Blossoms on Tuesday, May 17th ahead of performances at Primavera Festival in Barcelona and Mondo in New York.*