Tel Aviv music producer and songwriter LDRDO (pronounced ‘Eldorado’) has just released his debut EP, Lost In The Fire. He said it describes “certain moments in life where we might feel stuck or overwhelmed. And we’re just keep on going, blindfolded, to the unknown.” We caught up with him to find out more. 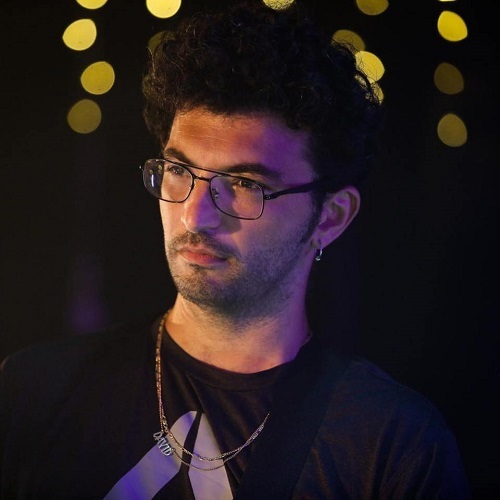 I try to fuse soul music and funk with flavours from my childhood upbringing, which includes middle eastern guitar-driven riffs and melodies.

First up, tell us about yourself - what got you into music?
I loved music ever since I was a kid. I remember when watching music shows on MTV, I wanted to be like the people playing in the band, it seemed like they were having so much fun!

So I went on and started with some piano lessons, but I think what really made me passionate and made me want to pick up a guitar is the guitar riff of Black Sabbath-Paranoid. Was Mind blown and that’s where it all started for me.

Were there any particular bands or artists you took inspiration from?
Actually, this is a never-ending list! And it keeps changing over time. But to name a few: David Bowie, Marvin Gaye, Curtis Mayfield, Stevie Wonder, Guns&Roses, and it goes on, and on.

How would you describe your musical style?
I would say it’s an alternative soul music, since I find it very soulful. I try to fuse soul music and funk with flavours from my childhood upbringing, which includes middle eastern guitar-driven riffs and melodies.

Why ‘LDRDO’?
It’s a shorter and cooler way to say ‘El Dorado’, which is my favourite ‘Cadillac’ model from the 70’s. So I figured it’d be cool to create music that connects the visuals to sonics, hence the art cover and animation art work so good with the music.

If you could collaborate with any living artist, who would it be?
Another HUGE list here. But to answer your question now, I’d say: Curtis Harding, Leon Bridges, Josh Homme, Brittany Howard.

Tell us about your EP Lost In The Fire. What’s it about?
‘Lost In The Fire’ for me is about letting go from the past, and accepting it as your own journey and experience, while still moving on to the unknown, not knowing what it holds for us, but still keep on moving. Like a blind man riding on the road to nowhere, and the devil is watching, under crimson sky. 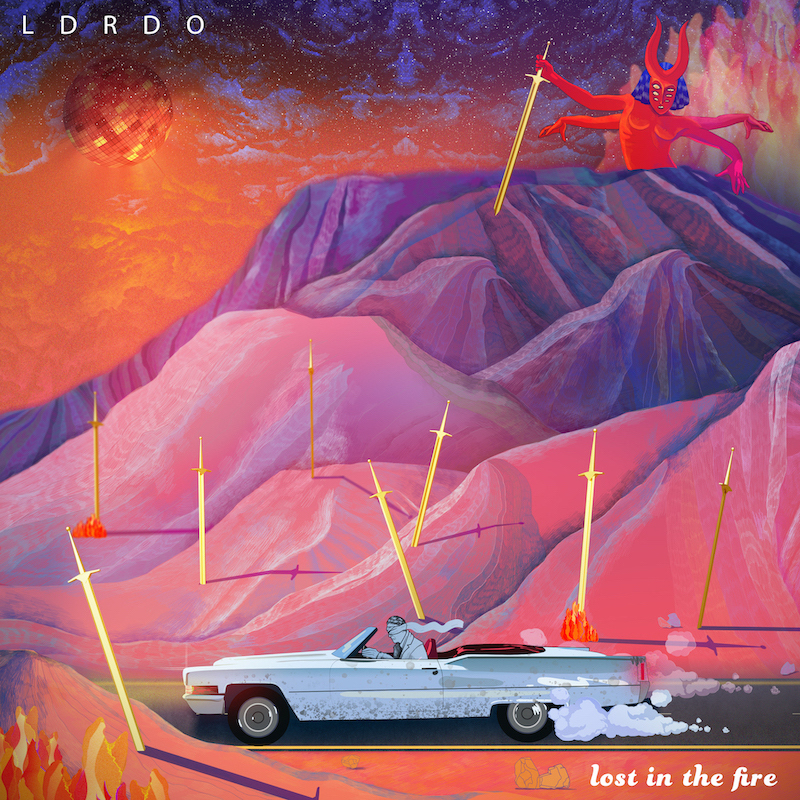 When did you write it and where did you record it?
I started writing at the end of 2019, and on 2020. I recorded everything by myself in my home studio setup, while outside it was lockdown due to Corona virus restrictions. Also did the mixing and mastering by myself, so I can say this is the first time I completed a project from start to finish all by myself.

Can you talk us through each track?
Of course!

‘Disko ZB’ is inspired by old Arabic movies They used to play in the TV on Fridays in my childhood, so I sampled a ‘Muazin’(a muslim prayer that gets broadcasted on the streets five times a day)from my iPhone while I was running one evening in my neighbourhood , and did my own interpretation to it.

‘W Monroe’ is a piece I actually started in Chicago, while road tripping around the US mid-2019, and it was on W Monroe street, so I felt it was also connected to my journey! The music is a guitar riff inspired by Greek and Turkish music, mixed with surf guitar and psychedelic rock aesthetic.

‘Lost In The Fire’ which is the title of the EP, is the highlight for me, since I feel like I took all of my inspirations from funk, R&B, and psychedelic music and rythms, and put together with the surf-like guitar vibes mixed with the middle eastern which keeps coming back during the EP.

‘Darkest Hour’ is a trap-inspired beat with banging drums and 808, mixed with a Spanish guitar drop in the middle.

‘Bonus Jam’ is, as its name suggests, a jam I did one night and it turned out so good I decided to include it in the EP.

What are your hopes for Lost In The Fire?
I hope to get to as many people who care about this music, and who can find inspiration through it. I’m grateful and humbled for every person who listens and likes it.

What else is coming up for you in 2021?
I’m currently working on a debut LP for LDRDO, it is going to be a concept album with a storyline and concept. At the moment I’m in the writing phase. Also, I got plans to release few more singles this year (apart from the LP)

Finally, if you could go back in time and give yourself one piece of advice, when would it be and what would you say?
Embrace your fears! Even though it’s the toughest thing in the world, just accept it.