Saint Lucian-born, Paris-based artist Sylvern Mathurin - aka Poté - spent much of his formative music-making years in London where he lived from when he was 12 until making the move to the French capital in 2019. His new album, A Tenuous Tale of Her, was released earlier this month and came with the prestige of being the first LP on Bonobo’s new Outlier label, an offshoot of Ninja Tunes. Mike Barnard sat down with Poté to get an understanding of his key musical developments that have seen him link up with respected names such as Benji B, Buraka Som Sistema’s Branko and Damon Albarn.

I got courage from [Branko] to go to my heritage, go to Saint Lucia, go, like, musically. I picked out stuff in the percussion and really followed my identity, pushed my identity. 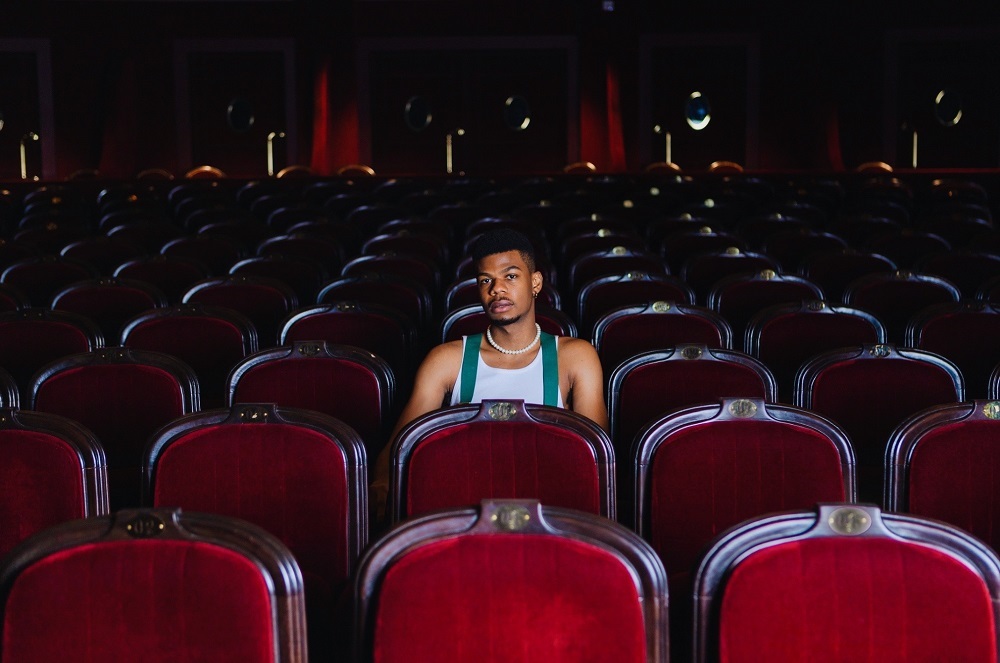 When we sit down to chat in London, Poté seems relaxed in the wake of the release of his highest-profile body-of-work to date. A Tenuous Tale of Her was selected as a 6 Music album of the day in its first week of release and ‘Stare’ is still nestled in their playlist to indicate an immediate impact, but he’s yet to calibrate his thoughts as to whether deem it a success.

“It’s always really hard to judge whether people have taken an real interest,“ he offers, before adding: “There’ve been really good moments though. I was on the tube the other day. I had a mask and headphones on. Then this guy approached me and pulled out his phone with my album on and I’m like, “How did you even recognise me?” for one, and, for two, it was really nice. That’s never happened before.” Quizzed on how being someone who gets recognised going about their daily activities feels, he concludes: “It’s weird, bizarre. I don’t mind, it’s nice, but it does feel weird.”

Rewind to 2015 and Poté was not a face to be recognised on the London Underground. However, he was getting recognised by key industry players. After a series of releases on Black Gold Records, it was Enchufada label boss Branko who struck a significant musical chord with Poté who was already a huge fan of his due to his band Buraka Som Sistema. Poté explained: “I got courage from him to go to my heritage, go to Saint Lucia, go, like, musically. I picked out stuff in the percussion and really followed my identity, pushed my identity. It was about not being shy about my heritage and putting it to the forefront of my music and who I am.”

Now with a clear grasp of the direction he wanted to take his music, Branko was supportive of Poté. A two-track Voyeurism EP was released on Enchufada that year and another of Poté’s tracks, ‘For The Cause’, featured on Branko’s Enchufada Na Zona compilation. However, it wouldn’t be until 2018 that a real creative breakthrough came when he would travel to play shows in Brazil, record an album with Damon Albarn’s Africa Express in Johannesburg, and complete a European tour supporting Bonobo, all in the space of a few months.

“Before that, it was kinda dead air”, he jokes about his music of the time, then continues more seriously. “I was more figuring out who I am, what I wanted to do and what I wanted to say. I had just started doing vocals then, messing around with it, figuring my voice out.” 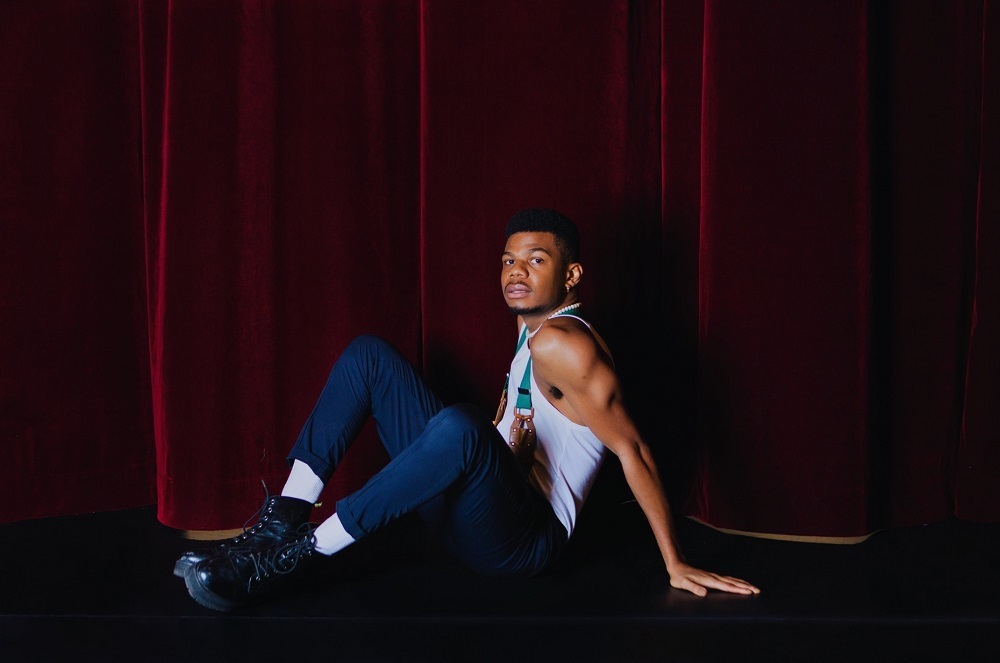 Asked about the significance of Brazil, he has fond memories of being with artist Kojey Radical and his team as well as DJ and radio presenter Emily Dust who organised the shows in Sao Paulo and Rio de Janeiro. He would DJ and play one live show - but the live show didn’t go according to plan because equipment was missing. Lacking what he needs to perform is something he’s learned to overcome. He said: “It’s heart-breaking. Genuinely, because then you can’t do the show you want to do. You have to just battle through, like being in the middle of a song and forgetting a lyric. You just battle through it.”

Poté was struck by the poverty and homelessness in Brazil, juxtaposed with the rich musical insight he gained. He recalls: “I ended up meeting Yussef Dayes out there. I went to see him playing, sat at the back going crazy on the drums. It was insane, I’m nowhere near that level [laughs].”

[Recording with Africa Express] was like being a kid in a playground. Just that endless wonderment.

From Brazil, Poté would venture to Johannesburg for a recording session with Damon Albarn’s Africa Express collective that would form the Egoli album. The trip came about via Albarn’s Gorillaz collaborator Remi Kabaka Jr. Poté was sat in Kabaka’s studio which is above Albarn’s and had mentioned the trip in passing. Soon after, Poté was on the flight from London to South Africa where he joined artists such as Ghetts, Yeah Yeah Yeahs guitarist Nick Zinner, Super Furry Animals frontman Gruff Rhys, Muzi, and Infamous Boiz, plus Kano producer Blue May. Poté recalls: “We were there to write the most amazing, interesting music we possibly can with the most amazing people around us to do it with. Everyone had their huts, and you could just pop around to people’s huts and be like: ‘Hey, what are you working on?’, or pop around and go ‘Hey, could you come play guitar on this?’ or “Could you just sing on this?’.”

“I wrote three songs over five days, but I was also popping into people’s huts and helping them with their own music when asked. I don’t remember one time not hearing noise from the Infamous Boiz hut. Literally every moment you walked past they were making music. It was like being a kid in a playground. Just that endless wonderment.”

Much of the music written then was showcased at Africa Express: The Circus in March 2019, a one-day event in Albarn’s childhood home of Leytonstone as part of Waltham Forest’s Borough of Culture series of events which would reunite the artists from the Johannesburg trip and see a surprise Blur reunion on stage. However, it was on tour supporting Bonobo that had the biggest impact on Poté’s music. 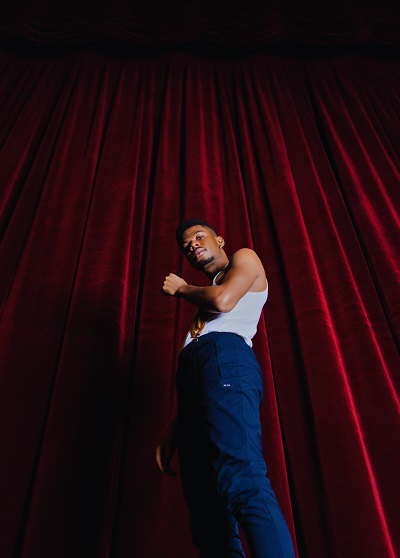 He starts: “I’d never heard of Bonobo before the tour. My agent asked his agent and… he said yeah! That was my first solo live show with Bonobo, and I thought I was going to show up to packed venues of 500. But it was more like 2,000 or 3,000 at the first one and I was like, ‘Holy shit!’. Then it was like 5,000 and 6,000 and I was thinking ‘Oh my god, this is crazy’. But it felt comfortable. It felt like my music could work in this big, live setting. ‘Morph’ and ‘Mortal’ from Spiral, My Love worked best because they had an element that worked on the bigger stage without me even knowing. Those were the ones that got the crowd excited.”

While Poté was understanding more about his own music, he was also impressed by Bonobo’s show. “I learned a lot from Bonobo,” he explains, “such as how to put together a really good, strong show.”

“There’s a lot of really simple things, like playing a sound before you walk on stage and how to do that, and how to blend it with the first song seamlessly. Because as soon as people hear a sound in the system and the stage is lit up, there’s a sense of excitement. If it’s silent and you just walk on stage, you lose that moment. It can have really set you up for a really good show. Little stuff like that can have a great impact on how your show goes. At that time, I knew that my show needed a lot of work. It’s still more or less a similar setup, but I’ve learned to use it a lot better, more efficiently.”

I wanted to make an album that didn’t have any conclusion. No plot line. Just stories.

During the Bonobo tour in 2018, Poté would have a significant moment that would be the starting for his latest album. He said: “I knew my music would work if I can take things away from the tour, like, how and why it works. I asked myself ‘Why does this little section of this connect with the crowd so much?’ I was able to write with a slightly different perspective of not so much club, but more of a concert idea. That’s how ‘Young Lies’ started. It’s from that tour.”

‘Young Lies’ would be a lightbulb moment for Poté in terms of writing music designed to impact on a live stage, but also saw him reteam with Damon Albarn. He tells the story: “I was talking to Remi, and said I’ve got something I want Damon to sing. I didn’t say it with the intention of Remi telling Damon, but he did. So Damon came up from his studio one time and said ‘I hear you’ve got something you want me to sing on?’. So he said ‘Let me get my guitar’ ten he came back half an hour later and said ‘Hey, let’s go’. It blew my mind how he was able to go into such a flow. I didn’t expect it in a million years.”

For Poté, the recording of A Tenuous Tale of Her was a mixture of conveying emotions simply, but also finding on a huge scale. He said: “I wanted to make an album that didn’t have any conclusion. No plot line. Just stories. Some of them are from my life, some of them are exaggerated versions of my life or feelings, like a feeling of paranoia or anxiety, but blown up to be bigger than life.” 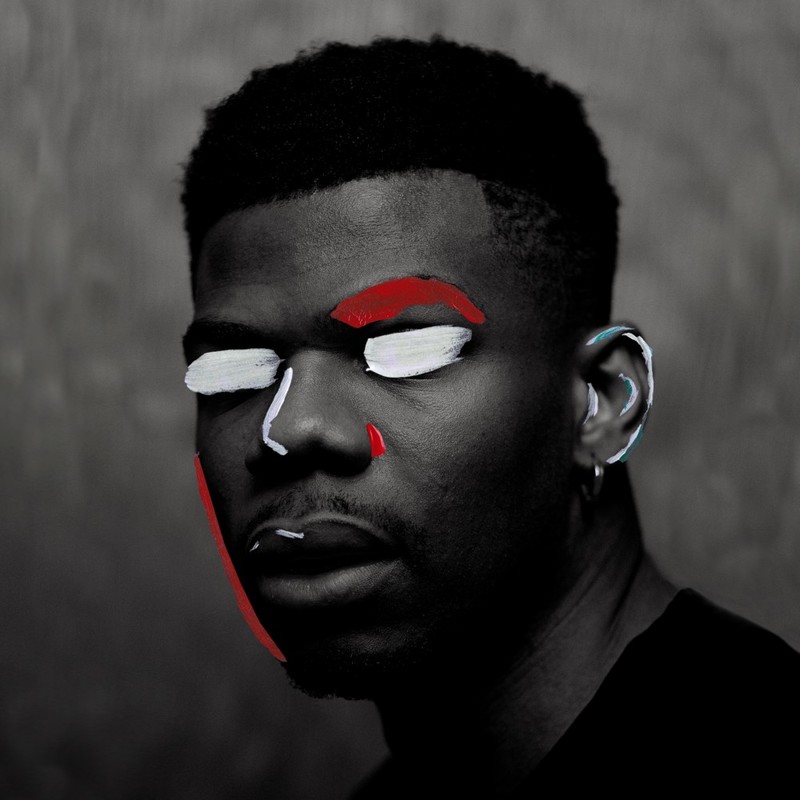 He adds: “But I was also trying to figure out how to make the album cohesive, like sonically and lyrically, and how to make things make sense without overcomplicating them. I didn’t want to write things with five chord changes just to get across the fact that someone’s angry. You can do it simpler, but I needed to work out how I do that. How do I use my voice to convey someone’s actions or that they are angry?”

Asked how he knows if a song works, Poté replies: “There’s maybe four or five people in my really close circle that I send music to. But I know if I like something. If I’m obsessed with it, I know I want to do something with it. For example, I’m still proud of “Jacquot (Waters of Praslin)”. Every single time I play it, I still get goosebumps.”

We finish up pondering what all these experiences have meant for Poté; if he could go back in time and offer himself some advice around the time of setting off on that tour of Brazil, what would he have said? He answers somewhat philosophically: “It’ll be all right in the end. As depressing as it sounds, everything has its end.”

Listen to A Tenuous Tale of Her on Bandcamp below. For the latest, find Poté on Facebook, SoundCloud and Instagram.