London drum & bass producer, DJ, radio presenter, and mentor Sweetpea is set to play the final night at XOYO as part of the RAM Records four-week 30th birthday residency, and she’ll be representing EQ50 when she does.

She’s heavily involved in the initiative which was launched in December 2018 as a response to the gender inequality within drum & bass.

Laura Jones and Mike Barnard caught up with Sweetpea to find our more about how she got into the drum & bass scene, radio shows, what EQ50 means to her, and what to expect from her set on Friday, April 29th. 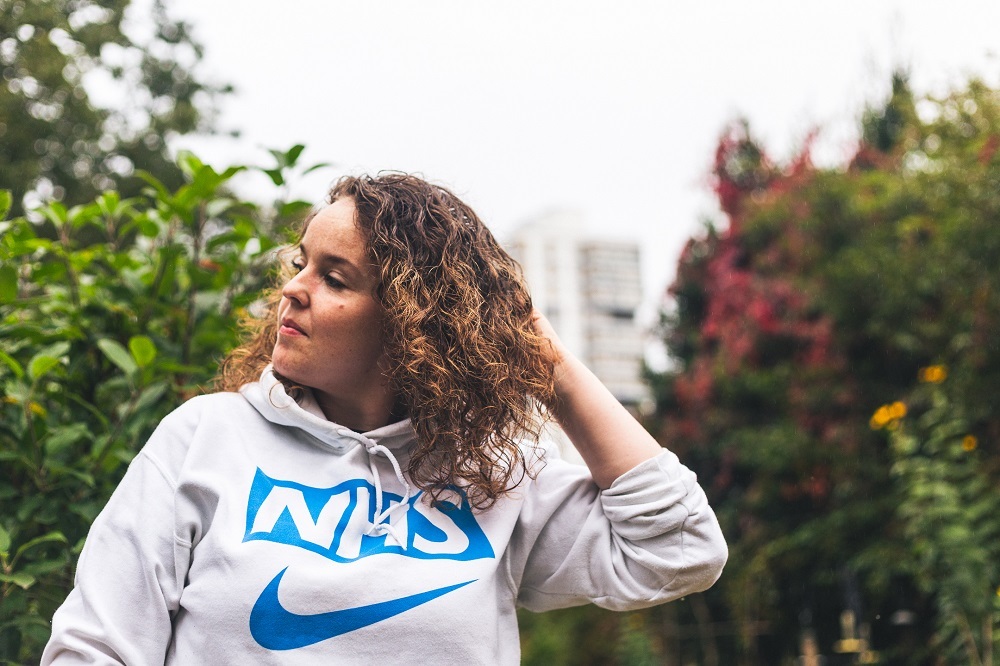 Bassdrive really helped me during COVID, I’ll be honest to say it saved me actually. There were no gigs and not much going on at all, it kept me up to date with music and gave me an outlet.

First up, tell us about yourself - what first got you into music?
Music has been a staple throughout my life, I grew up listening to all kinds of music from a young age. Motown and Soul were the biggest inspirations. It reminds me of my mum and I dancing around the house on a Sunday, getting ready for the week. Music is important for the soul, and there’s not a day I go without listening to it.

Were there any particular DJs, artists or even bands you took inspiration from?
I was a 90’s child and I really enjoyed the dance music of that era. Some of my favorite tracks were from artists like Prodigy, The Chemical Brothers, Atomic Hooligan. I always had a love for fast paced dance music, even before getting into DnB.

You broke through thanks to playing underground radio shows on Origin FM, Rude FM and BassDrive. How do you look back on those experiences?
I absolutely love radio, the RudeFM days made me as an artist. It helped me get some of my early gigs and my name out there. I learnt how to be a proper DJ during my time. Having a weekly show every Friday is a lot, but I just loved it and that is why I stayed so long! Just love the music and having a mix, it was a great way to end the week.

Bassdrive really helped me during COVID, I’ll be honest to say it saved me actually. There were no gigs and not much going on at all, it kept me up to date with music and gave me an outlet.

You hosted the Radio 1 drum & bass show at Christmas, how was that?
I never thought I would ever get that experience ever in my life, it was surreal, but I honestly enjoyed it so much. I hope I can get the opportunity to do some more shows and who knows maybe even be the host one day.

In 2021, you released your debut EP Undercover, featuring MC Chickaboo and Shady Novelle. What response did you get?
After quite a few years of collabs, I felt confident about releasing my EP. Both Chickaboo and Shady are amazing friends of mine, so it only seemed right that I worked with them, it was so easy.

I got two DNB Arena uploads for both those tracks and that honestly meant the world. It’s nice to hear people still playing the tracks in their playlists a year on. Releasing the EP also gave me the confidence in my music and lit the fire to keep going.

How’s your music progressed since then?
I feel with every release, my music is getting better. I’ve had more releases on Spearhead and also have been working with Sofa Sound.

It can sometimes be hard to juggle a full-time job and finding time for music, but when I do have those sessions the creativity juices are flying.

If you could collaborate with any living artist, who would it be?
Harleighblu, Cleo Sol or Ego Ella May.

It isn’t even about us as EQ50, it’s about changing the scene for the better for the new artists coming through.

EQ50 is a collective of women working towards fairer representation within drum and bass. How did you get involved?
I was involved from the first event; I was a panel member for the ‘Producer’s Surgery’ where people could bring in their music for feedback. Pretty last minute, Mantra also asked me to host the live Q&A with Storm and Flight (No Pressure), but I honestly love being a part of EQ50.

I now run all the socials, website and the mix series. I want to give back my knowledge to up and coming artists, like I would have loved the same done for me as I was breaking through.

As part of the EQ50 initiative, how important is it for the large labels like RAM to have worked with you?
Change happens from the top down, just having the influence and statements agreeing with our initiative from labels like RAM is so important. But it is important that we as EQ50 work with labels and artists that have the same ethos and attitude, Ram were absolutely brilliant as label mentors. 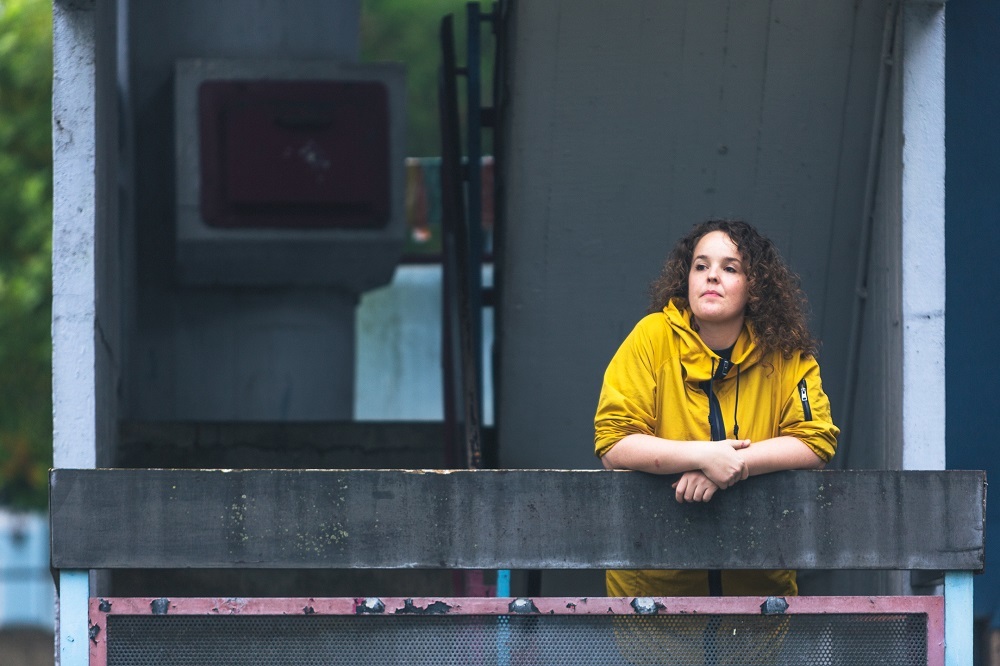 The support for EQ50 is just growing and growing, showing it’s been a much needed wake up call. What does the support mean to you and those involved?
More than anything, it’s lovely seeing the ripple effect in the scene: more collectives and crews, More label mentorships. It isn’t even about us as EQ50, it’s about changing the scene for the better for the new artists coming through.

You’re playing as part of the EQ50 night during the RAM Records residency at XOYO. What does that mean to you?
XOYO is such a legendary club and equally their residencies are something special, I cannot wait to play in the Basement. It also meant a lot that Ram asked us to do a take-over for the whole club. That’s the biggest ‘we trust you’/’we are with you’ compliment we could have.

XOYO has a great reputation for securing great bass music residencies. What can the crowd expect from your set on the night of Ram Records?
I’m going to be opening the Basement, so I want to set the night right! Expect some signature Sweetpea rolling vibes and get the crowd going, there might also be some Sweetpea dubs in the set too 😉

You’ve got some big festivals lined up, tell us about where we can catch you this summer?
This summer is lining up to be a good one. A few debuts will be happening. I’m headed up to Scotland for the first time for Woodland dance Project, I’m in Bristol for Love Saves The Day and also making my Outlook debut for the first Outlook UK in July. Excited to say the least!

Finally, if you could go back in time and give yourself one piece of advice, when would it be and what would you say?
Hahaha sooo many things!! I think all experiences need to happen to shape you now as a human, but I am grateful that I can pass on my experiences and knowledge to others so they don’t have the same things happen to them.

For more about Sweetpea, find her at sweetpeadnb.com or on Instagram, Twitter and Soundcloud. For XOYO tickets head to ticketek.co.uk 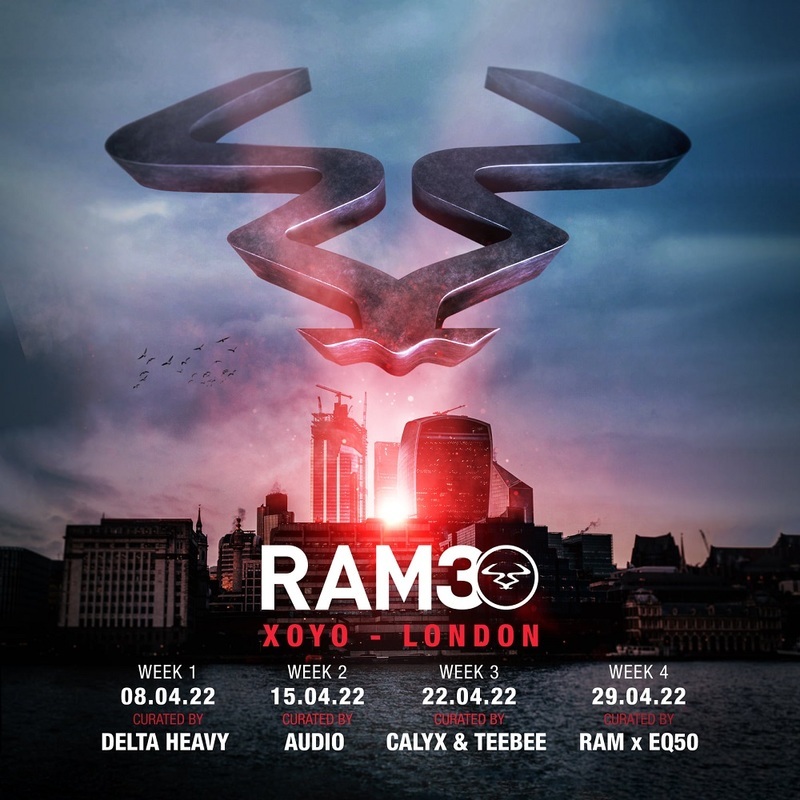