Kristoffer Barton, AKA Yeti Mind Tricks, makes his debut on Motech Records this Friday (June 4th) with Distance EP. The Glasgow native already has music on established labels such as Kuukou, Egothermia, and Jackie Knows Karate - we caught up with him to find out more about his Motech EP.

Distance EP really represents me in the sense that it’s quite varied, but still has the same kinda vibe. I always like my sets to be driving, deep, but, more importantly, fun.

First up, tell us about yourself - what first got you into music?
Growing up music was a huge part of my life. A constant feature in my household, mostly from my Dad playing classic hip hop, disco, soul funk and everything inbetween. So, I knew from an early age that I wanted to be involved in music in some capacity. Firstly, I cut my production teeth as a hip hop producer. However, when I made my first visit to Subculture at the Sub Club in Glasgow, my head was turned to electronic music.

I used to go to Subculture religiously with no idea who was playing. I didn’t need to, I had faith whoever Harri and Domenic had in as guests would be incredible. The next step was getting into DJing and running my own events. Then lockdown hits and I need something to fill my time, so I decided to take up producing electronic music. I’d wanted to for a while, but was always too busy to get my head into it. Lockdown took that excuse away from me and here we are!

Were there any particular DJs, artists or even bands you took inspiration from?
Early days anyone who was playing at Sub Culture at Sub Club. That’s where I got a big portion of my electronic music education. Early days DJing where my sound was more deep house orientated, MK was a big influence on how I mixed etc. However, as times gone on, my style has changed. It’s become a lot more varied. It can range from house, techno (Detroit, melodic or hard) and disco. So, at the moment it’s hard to pin down influences. In terms of production, I find myself taking note from artists like Floorplan, Ben Sims etc.

You’ve only recently moved into production due to the lockdowns… in what way was lockdown the motivation?
Having no more excuses and all the time in the world. Only so much Netflix you can watch!

What equipment and software have you been using?
Given I’m relatively new to it, all my work is software based at the moment. I’m a Logic user. Plug in wise mostly Serum, Diva, Arturia collection and the Fab Filter plug ins.

Why ‘Yeti Mind Tricks’?
Why Not? Honestly it came from a running joke between me and my friends, with a beard. They’ve always said I looked like a yeti, in a good way I hope. So I just figured I would run with it!

How did you get feedback on your first productions?
I’ve been DJing in Glasgow for a long time and know so many other talented aritsts from my city. So it’s a good sounding board when I need feedback.

You’ve had releases on Kuukou, Egothermia, and Jackie Knows Karate. How did you get your music heard by those labels?
Persistence mostly. At the beginning of the year I spent time listening to as many releases as I could, trying to identify labels I felt I could add to and that I admired. I’m lucky enough that they have given me the chance to add to their already stellar releases. 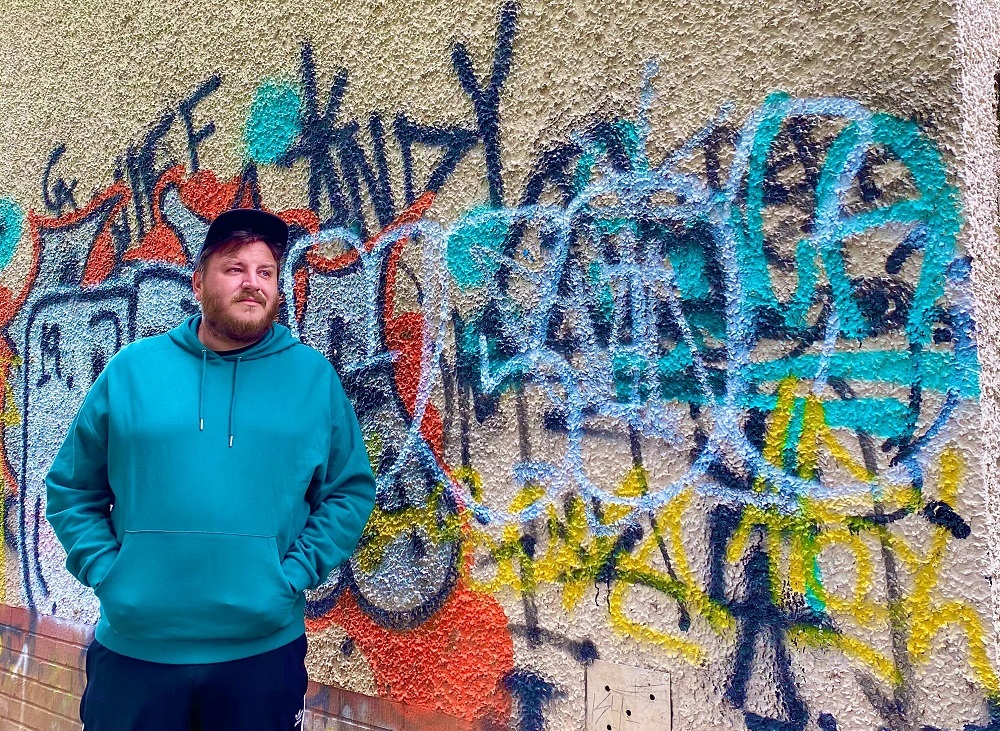 What kind of response have they had?
The Kuukou release is yet to come (so keep an eye out for that), but the releases I have had out have gone down extremely well. However, my latest release on Motech has had some unbelievable support. It’s recently had plays on BBC 6 Music and has been played by one of my heroes, John Digweed. So I’m extremely humbled by how well my music has been received so far, given I’m fairly new to this.

You’re about to make your debut on Motech with Distance EP. What does that mean to you?
Motech is a label I’ve respected for a very long time. A few of my friends, Boom Merchant, Fraz.ier, have released on the label before. Boom Merchant actually played at one of my events for my promotion, BASSment. Since then it’s a label I’ve always followed and always found released incredible music. So to contribute to that myself is incredible.

How does Distance EP represent your sound?
I think it really represents me in the sense that it’s quite varied, but still has the same kinda vibe. I always like my sets to be driving, deep, but, more importantly, fun. I feel like the Distance EP covers all bases for me.

What are your hopes for Distance EP?
It’s tough to say, as it has already surpassed any hopes I could have had. It’s had had some incredible support so far and I can’t wait for it to be released so people can enjoy it for themselves.

Finally, if you could go back in time and give yourself one piece of advice, when would it be and what would you say?
I think it would be to tell myself early doors, that it’s OK to take a break now and then. In fact, I’d demand it. I think with the lockdown and having nothing else to do but work on music, ear fatigue could become a factor. Also frustration in a sense if I couldn’t quite put something together that works. I’ve found more recently that taking breaks works wonders.

Another thing would be, not to compare myself to what’s already out. Learn to walk before I could walk. I found myself becoming disheartened because I didn’t sound like music already released. Well of course I wouldn’t, not yet anyway!